Cinema Through the Drone’s Eye 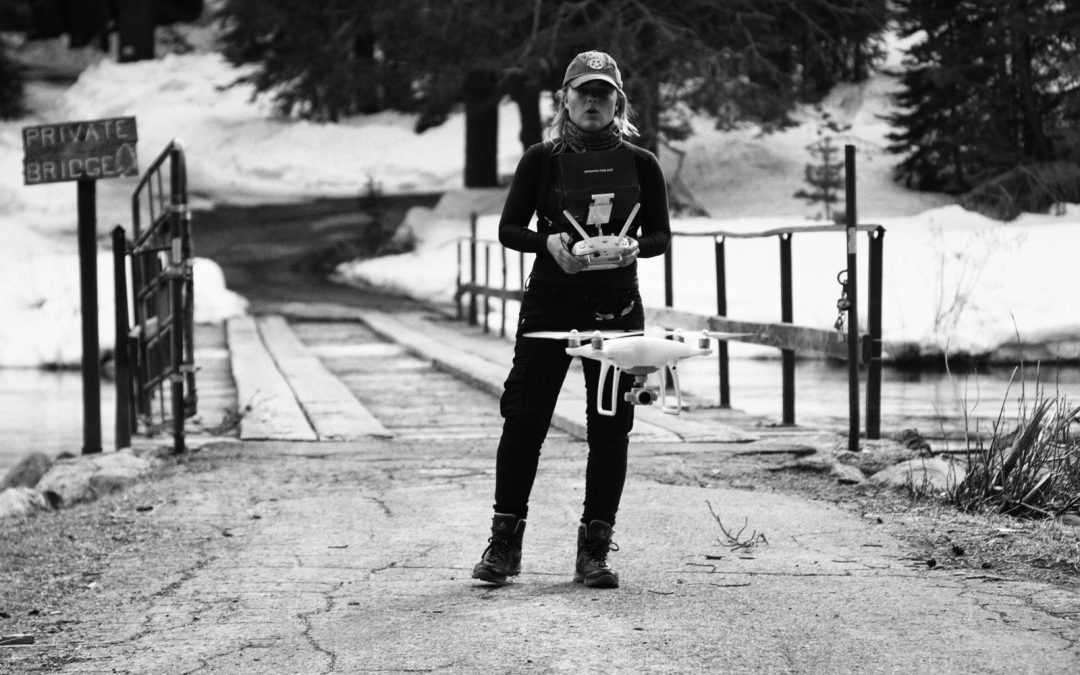 An Interview with Sarah Phillips

I am a cinematographer who lives in Los Angeles. I grew up on a farm in Missouri where nothing mesmerized me as much as watching the hay blow in the grey of an oncoming storm from the hill above, where our house stood. That perspective, I believe, led me to the aerial approach to cinematography. I moved to Los Angeles about ten years ago, after brief stints in New York and London, and have been in the film industry ever since.

How I got started in the drone industry:

I’ve always loved Amelia Earhart, and had I not gotten nauseated every time I flew in a plane, I might have pursued aviation as a career. But, like Amelia, I also had a great passion for light, and story, so my career as a cinematographer and filmmaker began. About a year and a half ago, I was making a short musical film, “Smile: A Musical” and was trying to replicate a shot that Busby Berkeley might have made, and had the idea to use a drone. I researched the requirements to film, and as we were on a studio backlot the requirements were substantial, but after hiring that drone pilot, I realized it was something I was deeply interested in and fit hand-in-hand with my career as a cinematographer, filmmaker, and ultimately, storyteller.

In addition, I saw a special on television where they replicated the opening scene of The Sound of Music with a drone (as opposed to the helicopter they famously shot with in the 1950s) and, as a musical obsessive, I began to imagine all the shots I could create in musicals.

So I studied for my Part 107 and took the test. 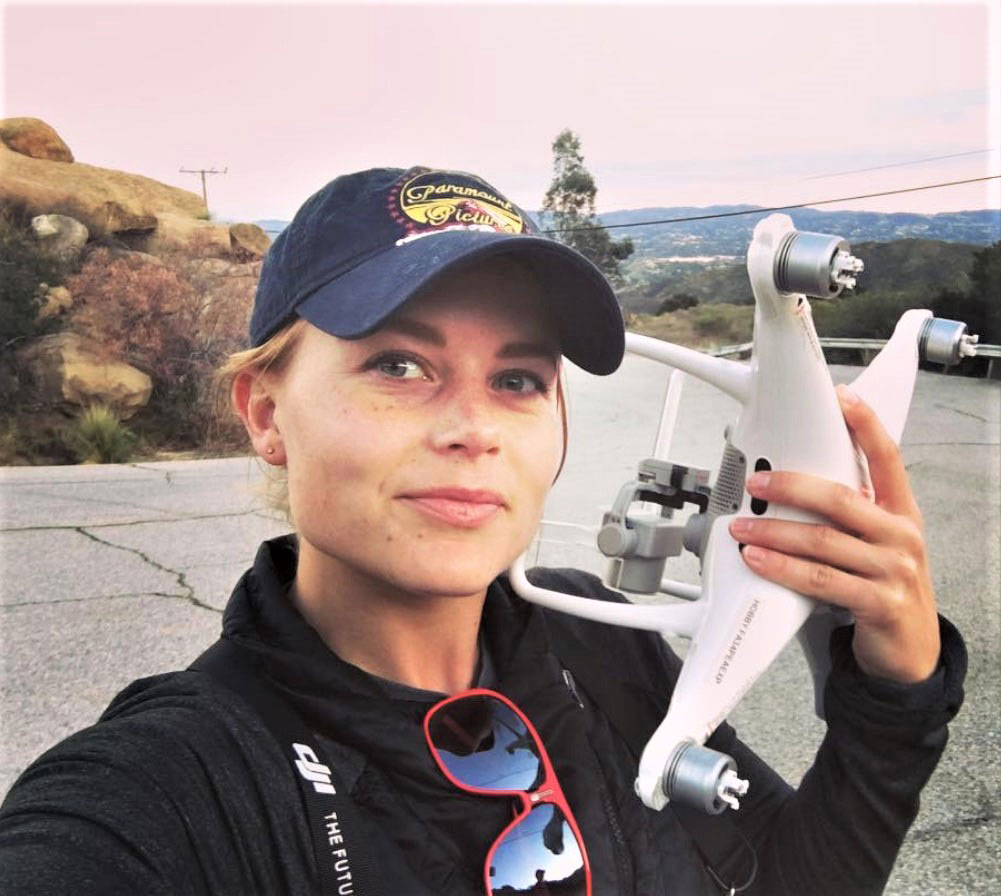 Your Organization & Your Role:

I started Team Dirty Drone right after I received my Part 107 license, because I found myself to be an aberration in the cinematic drone industry, and the drone industry at large. I mostly found older stagnant human beings (mostly male, quite frankly), as opposed to my approach, which often includes hiking and exploration and quite a bit of sweating staring into the sky, to get the most cinematic shot possible.

I began it with the idea that it could be a national collective of drone pilots who saw the opportunities in film the same way I did, where more often that not, I’m getting dirty to get the shot I want. However, if you email Team Dirty Drone today, it will be me answering the emails!

I love the Wild West-ness of the UAV industry at the moment. It can be frustrating at times for someone like me who likes to have certain answers to questions, but it is simultaneously invigorating to be on the cutting edge of an industry where, if there is no answer, it is up to me to deduce and figure one out.

In addition, it is so exciting to contribute what I would call “epic” moments to film and cinema projects. I’ve worked on so many projects that could never afford a helicopter, but because we now have drones, we can elevate the production quality of a given project for a tenth or less of what it would cost ten years ago, or even today with a helicopter. 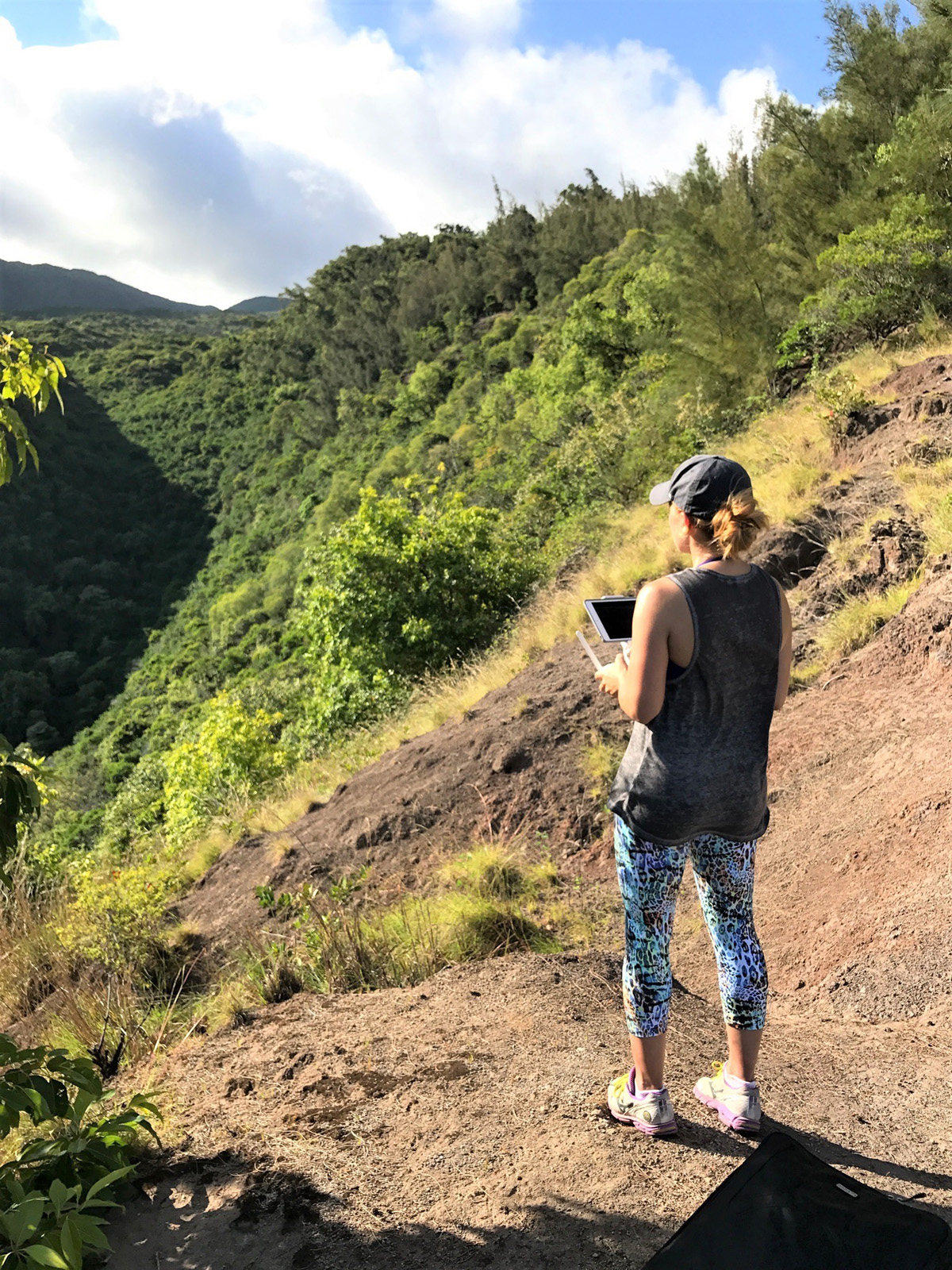 I shoot almost entirely filmic projects – that is, films, shorts, web series, music videos, and commercials. Perhaps ten percent of what I do is real estate and ten percent is stock drone footage.

My favorite type of project is the cinematic kind. I have a natural eye for cinematography, framing, story, and suspense, and I think that an aerial perspective just really elevates so many stories, from car chases to soaring vistas to static birds eye views, scripted stories benefit so immensely from aerial cinematography.

I recently got to drone for an electronic press kit ad for Infiniti’s new SUV, the QX-50, and that was pretty cool because we were droning in the boulders north of Los Angeles and the car looked STUNNING.

I also recently taught a class at Film Independent about drones in the film industry, and had some fascinating questions come up, as well as got to shed a bit of light on what many people find to be an obscure special position in the camera department. https://www.filmindependent.org/blog/droning-ten-things-need-know-aerial-drone-photography/

I also got my night waiver recently! So I’m excited to start shooting cityscapes at night.

If you know much about the early days of cinema, you know that women were actually pretty rampant in the film industry, that is, until it became immensely profitable. And still, they were there, but no one writes about them or lauds them as the pioneers they were, history just… forgets them. I’m excited about the early adoption phase of women in drones because we have a chance to really make our marks. Because the qualification is an actual certification from the FAA in the form of the Part 107, that means you are either qualified or you aren’t, in addition to your reel showing your actual work. That excites me because there is less room for subconscious bias based on gender and/or more. You either are a drone pilot or you aren’t. You either have similar footage as what they’re looking for or you don’t. No one has to make a subjective decision based on how I look.

What I have learned:

A drone pilot is not an aerial cinematographer. Because I am from the film industry, I didn’t even begin to realize the massive spread of drone usage in so many other industries, from agriculture to inspection to surveying and mapping, and I realized that the pocket that I focus on is a TINY aspect of the whole drone world, and an even tinier part of aviation as a whole. I think we need to realize that to realize how to be respectful of the greater whole, and also to realize the hole that we can fill. 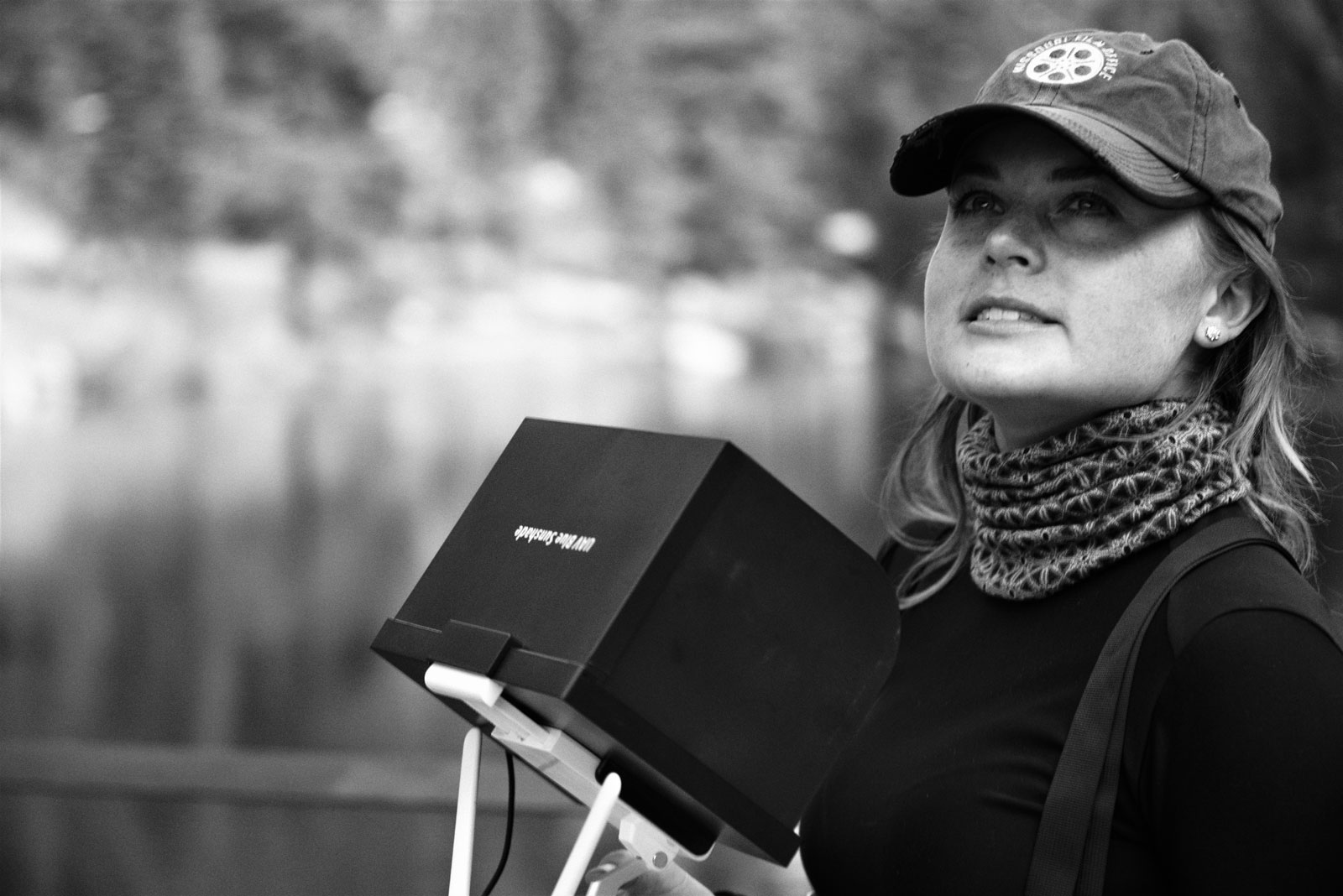 What I wish I had known before I started:

You have to go out and get the jobs yourself, and you have to know your own value or you will run yourself into the ground, do poor work, and ultimately end up in a sad place. Value yourself and the work you’ve done to get here. You have a specialized skill set and a license that qualifies you.

Don’t give up. Just keep going. Get your Part 107, take your drone with you EVERYWHERE you go and film something, and if you go to Mexico with it… Get a carnet in advance, trust me, it will save you money… Like $160. Italy didn’t seem to have a problem bringing it in, just don’t fly in populated areas. And Morocco and Cuba will confiscate it (as well as many other countries, do your research!)