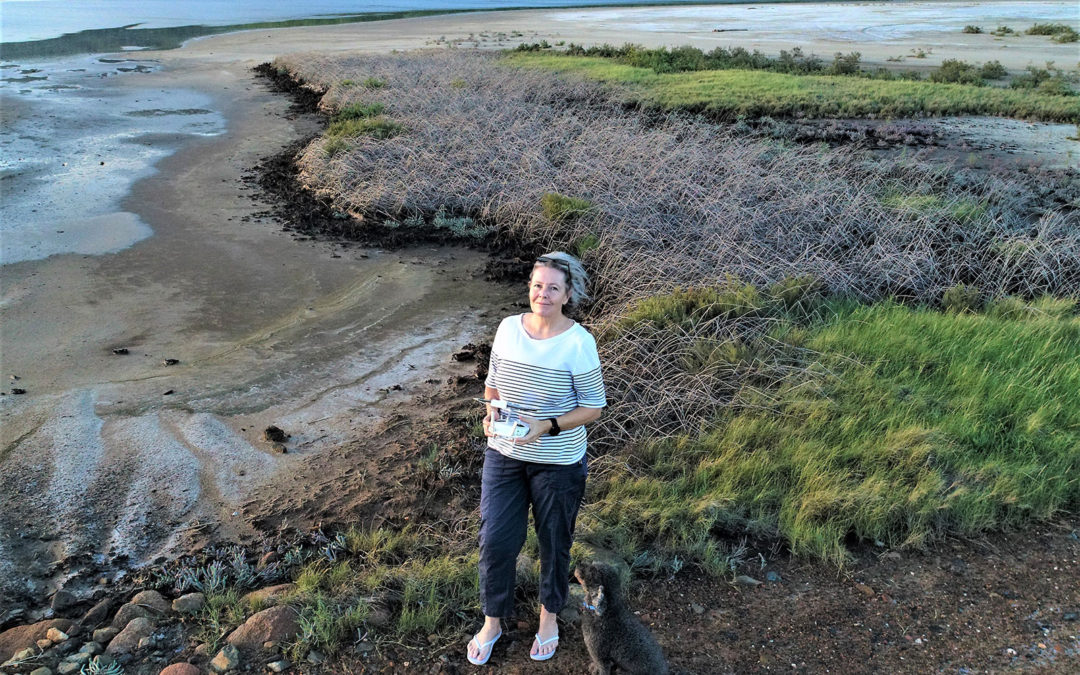 Fiona Lake loves running workshops to help women use drones on Australian farms and sees great business opportunities for those who get started now.

I’m a professional photographer who has specialised in the largest cattle stations in the world – which are in outback Australia.  Quite a few cover 10,000 square kilometres or more (3,900 square miles); running many thousands of cattle.  I grew up on a wheat/sheep farm in southern Australia and now live 2,500km (1,500 miles) north, in the tropics. I have been taking photographs since the mid 70s; sold my first photographs at ag college in 1982 & have been taking aerial photographs since 1988. I waited until the quality of inbuilt drone cameras & technology went up & the price went down; intersecting at a point at which it was commercially viable & practical for me to use. This happened in 2016 when DJI released the Phantom 4, which I then upgraded to the Phantom 4 Pro. Many have asked why I don’t use a more sophisticated drone. It’s because it wouldn’t make economic sense for me at present; nor do I have the time to muck around with modifications or anything not straightforward. Using drones & camera gear for commercial purposes is very different to just using them for fun (in which case, you don’t have to justify the cost or time spent tinkering!)

I still love taking photographs from helicopters but drones offer a priceless level of autonomy. And I still pinch myself that such sophisticated & affordable technology is now available. I’ve been self-employed since 1988. My self-published books & photographs are mailed all around the world; I photograph & write magazine stories, do commission work, run workshops & lead farm tours.  I’ve spent my working life spotting gaps in the market then moving onto new projects when the field I had to myself becomes crowded. It’s a constant case of either evolve or perish. The things that make my business unique are the number of facets, depth of research and global ag network.

It’s so new there’s still plenty of opportunities for people who are prepared to get stuck in. (But it is vital to pick gaps in the market. Doing what everyone else is doing will lead to starvation.) Sorry can’t pick just one; I have too many interests! I have a favourite corporate customer who commissions me to take photographs on their remote cattle stations (including by drone & helicopter). Despite the ridiculous amount of work involved & relatively low returns, I especially enjoy producing books.  But the photography book market is flooded to the eyeballs at present and I can’t see this changing, so can’t produce any more for a while. I really enjoy the challenge of running great workshops on tech-related topics, such as drones in agriculture, mobile phone photography & best-practice social media use – and I learn more while helping others. I’ve run workshops in more than half of Australia’s states. I’ve spoken at a conference in the UK and may be speaking at a US conference in 2018. I get as nervous as anyone when public speaking, but enjoy the challenge. The things you find hardest are the things that are the most rewarding and which you learn the most from.  I especially enjoy leading farm tours to other countries – to the UK & Ireland in 2018.  And we will be meeting some UK ag drone operators!

Many ideas have taken ten or twenty years of hard graft & dogged determination to bring to life. The older I get the more I realise that persistence is the one thing that ultimately sorts the sheep from the goats. I’m tenacious to the point of crazy. If I think something is a good idea I stick to it through thick & thin, when the less determined would have put their wallets away & moved off, long since.

I have an exhibition of photographs taken on Australia’s largest cattle stations coming up in the Embassy of Australia in Washington D.C. that has been a very long-term project.  The ‘Whispering Grass’ exhibition includes more than 30 of my best images, dating back to 1984. It will run from early March until early June 2018 and be opened on 6th March by Australia’s Ambassador to the US, Joe Hockey. I’m looking forward to meeting some drone users while visiting D.C. and New York. For me this is a long-term dream come true.

In Australia it’s estimated that only around 1% of licensed pilots are women.  There’s a huge opportunity for women in rural areas to start their own small businesses, work flexible hours & from home; become the well-respected experts and earn their own income – while helping their community, agricultural industries, and mentoring others. Win/win for everyone! I spent much of last year planning a big project for this year, to help this along (please cross your fingers for me).

Of course not all women are the same; but like most, I’m interested in equipment that is good value, easy to use & useful.  I don’t give a toss about fancy features ‘just because’; or latest & greatest; how fast it goes or how high it flies. And I’ve no desire or time to spend endless hours tinkering.  I want function. I want quality results with minimum fuss. I’m happy to use little known brands but for drones, right now, it’s the most obvious – DJI’s Phantom 4 Pro.  I’m often asked what drone I’d recommend to start on, and wrote a detailed blog post about this late last year.

How much hype & ‘bulldust’ is spoken about drones & the opportunity this presents for others.  I’m very thorough with ongoing research & I’ve been surprised to discover how much I know (including about drone laws in other countries) that others don’t. It feels like I’m risking being labelled arrogant in saying that but it’s often said that most men overestimate their ability and women underestimate it and in my experience it’s true.  Women tend to invest much time scrutinising their own imperfections and working on improving; rather than focusing on accomplishments.  Especially older women. At drone events most blokes pay little attention to what I say until it gradually dawns on them that I not only know what I’m talking about, but I know stuff they don’t. I’m sure all women would find this as enjoyable as I have so I’m keen to spread the joy!  The biggest stumbling block most women have is confidence.

Don’t be so nervous! The drone won’t explode! It won’t crash unless I do something uncharacteristically careless! I’ve been ridiculously nervous (not that it shows – I’m practiced at hiding it).  Now I’m fully licenced & a lot more confident but I’m keen to keep learning, as this helps build confidence.  Because I understand the natural caution many women feel, I love helping them get started.

Just do it.  Look around – others are doing it, so can you, you’re just as smart! Ignore blokes having digs – yes there are appalling misogynists but most blokes have digs at one another, not just women; be careful not to be oversensitive.  You could accidentally tread on the toes of a bloke who could be a great friend.  It is a delicate balance – fine tune your antennae by mixing it with blokes in business & getting used to a more forthright communication style.  Show you’re good at what you’re doing by doing it, not talking or looking for criticism! Step up to the plate, do know your stuff inside out, and then be confident. Blokes respect ability and confidence – or at least the appearance of confidence. I’ve perfected the art of ‘fake it until you make it’, and ‘feel the fear and do it anyway’.  Anything worth having involves taking a risk.  Men are better at risk-taking than women.  Let’s not allow women to get left behind!  Don’t buy your son a drone – buy one for yourself & show them how it’s done!  Sons as well as daughters need to see their mothers as role models. My website has truckloads of info – www.fionalake.com.au.  I also have a number of social media accounts but my specialties are agriculture, photography and travel, so won’t be of interest to everyone.  I travel around a bit and enjoy meeting other women working in the drone industry.  A good professional drone network is building on LinkedIn – if you’re in business, you should be on it.

I love that there are women such as yourselves, helping female drone operators get to know one another and telling individual stories. I look forward to more global networking as there’s so much we can learn from one another – as well as having fun together!  Thank you all for the great job you are doing, inspiring and mentoring others. 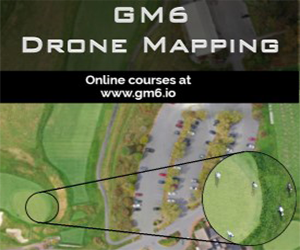 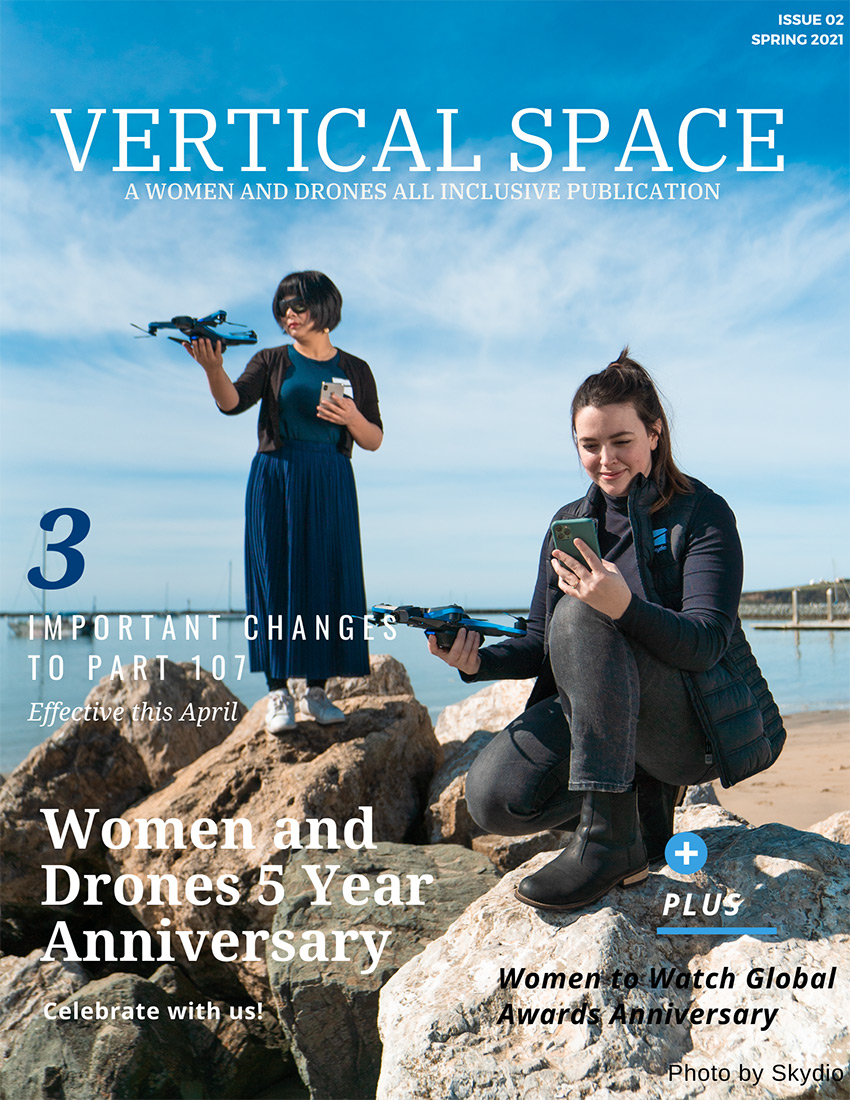 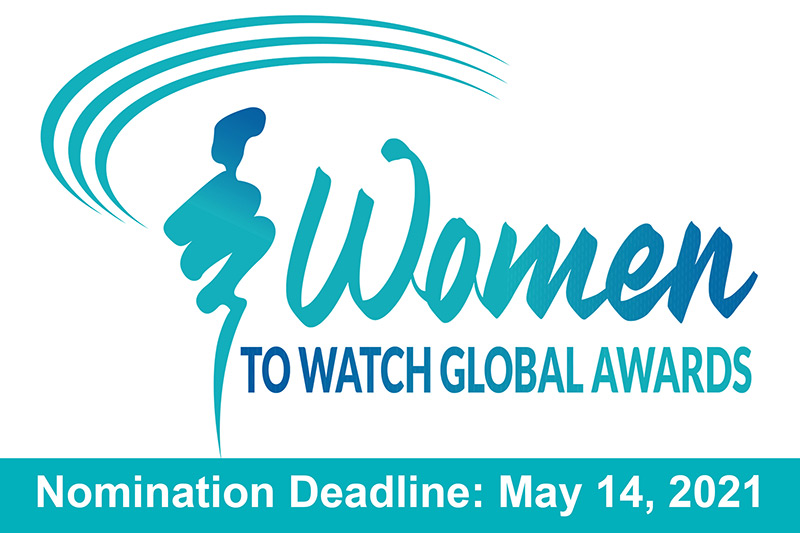 Business Incubation as a Tool to Support Drone Start-Ups

Being a catalyst in the South African New Drone Economy 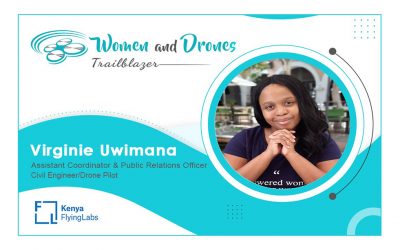 Virginie Uwimana lends her talents to the Namibia Flying Labs

Leading with diversity to deliver the next generation in transportation logistics