Drawn to Drones: An Interview with Wendy Erikson 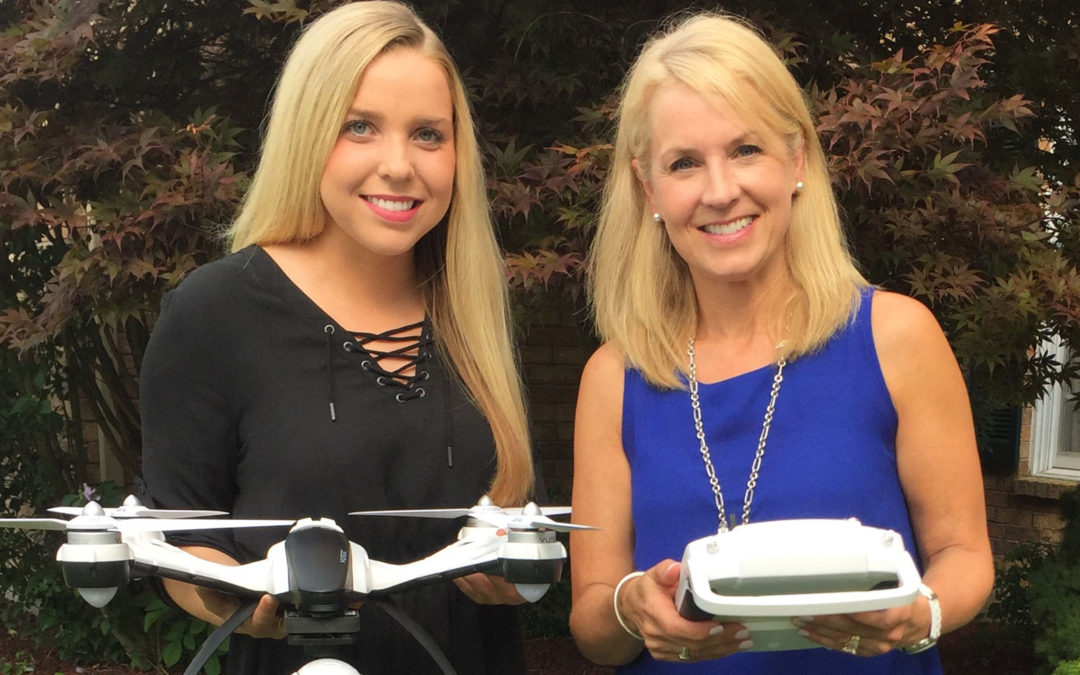 Women and Drones recently interviewed Emmy award winning journalist Wendy Erikson to learn how she became interested in drones, what part of the drone industry she is focusing on and what advice she has for other women who want to know more about drones. Wendy worked in the broadcast news industry, as a reporter and anchor, for nearly twenty-five years.

As Wendy explains “when I started in the business I was typing scripts on a typewriter, lugging around a huge tape deck and a heavy camera. Fortunately, technology has come a long way and I can see how drones will become a valuable piece of news gathering equipment.”  Wendy recently transitioned her career to become a media consultant who conducts interviews, performs media training, and helps clients secure media coverage as well as prepare for interviews. Here is the first of a multi-part series of interviews with Wendy.

W&D: What is it about drones that caught your attention and sparked your interest?

Erikson: My interest in the drone industry hit me one night a few years ago while watching network news. I saw drone images of earthquake aftermath in the Philippines. It dawned on me what a game changer they will be for journalism. More than once as a reporter, my request for aerial video to help tell a story was denied because of the time and expense involved in getting a helicopter in the air and putting a photographer on board. A journalist with a drone can get those same pictures more quickly and cost effectively.

W&D:  What role or roles in the drone industry appeal to you most?

Erikson: Every day I hear about a new use for UAV technology so I tend to get side tracked when it comes to focusing my energy. Right now I am most intrigued by the possibility of teaching others the most safe and effective way to use drones in a given situation. While I see the big benefits for using drones in journalism, I also see the potential danger in a profession that is fast-paced and full of deadline pressure on a daily basis. No matter what drones are going to be used for in the future, knowing how to operate them safely while observing all FAA rules and regulations, is going to be crucial to any business success.

W&D: What advice do you have for women interested in the drone industry?

Erikson: When I bought a drone and started flying, my three teenage daughters thought I had gone a little crazy. True, most moms and women in general, don’t fly drones. Don’t let that stop you! First decide what aspect of the drone industry is appealing and jump in. If you don’t already know how to fly a drone, you’ll need to learn. I first bought a small, inexpensive drone and started flying it around the house. I also joined a local RC Flying Club (Remote Control Flying Clubs). Yes, you’ll be one of very few or even the only woman but embrace your “uniqueness”! I would also suggest following drone manufacturers, organizations and even the AMA (Academy of Model Aeronautics) and FAA (Federal Aviation Administration) on Facebook and Twitter. You’ll quickly discover there’s a great deal going on in the drone world. Women need to become a bigger part of it!

W&D: What’s the best way for W&D readers to contact you for additional information?

Erikson: W&D readers can easily reach me at DroneDifference@gmail.com.