Legal Family Daughter Forges Her Own Path as an Engineer 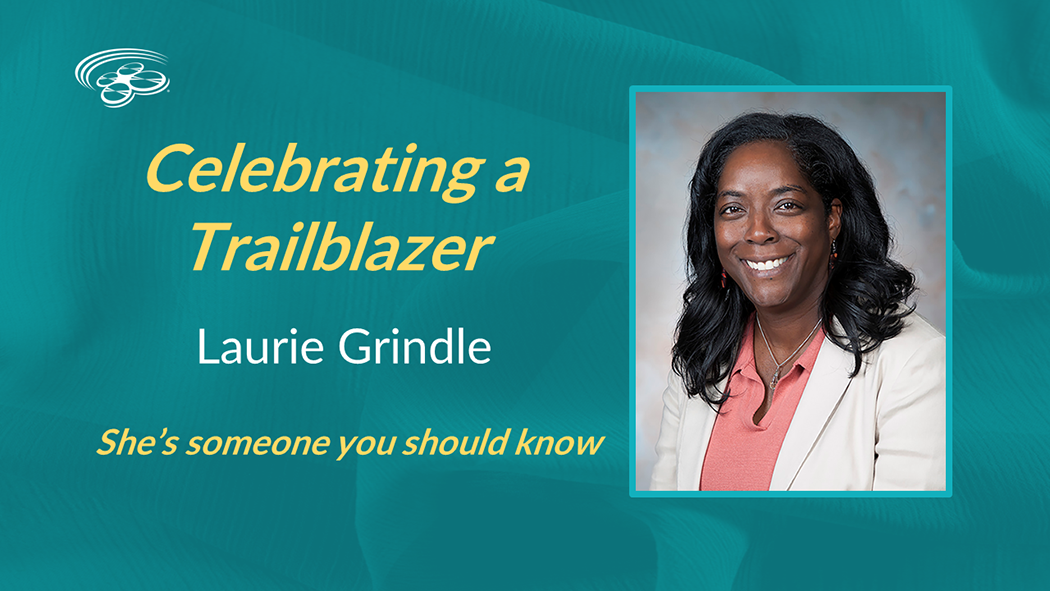 About Laurie A. Grindle

Laurie A. Grindle is the director for Programs and Projects at NASA’s Armstrong Flight Research Center in Edwards, California. Appointed to this position in December 2020, she is responsible for the advocacy, formulation and implementation of the center’s flight projects as well as policy and business management of the center’s programs.

Grindle began her career with NASA Armstrong during a 1992 internship in the center’s Aerodynamics Branch, which she followed up in 1993 with a full-time position in the same branch. Grindle served as a principal investigator on the Advanced L-Probe Air Data Integration experiment flown on the F/A-18 Systems Research Aircraft, on which air pressure was used to determine angles of attack and sideslip and traditional air-data measurements. Grindle was an aerospace researcher on the F-16XL Ship 2 Supersonic Laminar Flow Control project and was involved in analysis of space shuttle maneuvers that resulted in expansion of the shuttle’s aeronautical database.

Grindle became chief engineer for the X-43A Hypersonic Research Vehicle (Hyper-X) project in 2004 after serving as the X-43A deputy chief engineer starting in 2001. The X-43A was a 12-foot-long, autonomous aircraft that, when flying at test conditions, demonstrated an “air-breathing” engine called a scramjet. In 2005, Grindle became chief engineer of the Dryden Unmanned Air Vehicle (UAV) Business Unit.  While in that role, she monitored technical aspects of NASA UAV projects, including X-48B Blended Wing Body low-speed vehicle and Global Hawk projects, to ensure that objectives were met. From 2007 to 2011, Grindle was the NASA project manager for the Orion Multi-Purpose Crew Vehicle abort test booster (ATB) project, during which she was responsible for management of NASA’s interests in the project.

Before serving as deputy director for Programs, Grindle was the project manager for the NASA Unmanned Aircraft System (UAS) Integration in the National Airspace System (NAS) project from 2013 to 2017.  She was responsible for the execution of the $290 million project designed to conduct technology development to reduce technical barriers related to the safety and operational challenges associated with enabling routine UAS access to the NAS.

Grindle is the recipient of a 2018 NASA Outstanding Leadership Medal, a 2013 NASA Exceptional Achievement Medal, and a 2005 NASA Exceptional Service Medal, among others. Also in 2013, Grindle was selected as a Women@NASA honoree.

Getting to know Laurie

A few things people may not know about you: