The Future of Policing: Leading a New Way with Technology 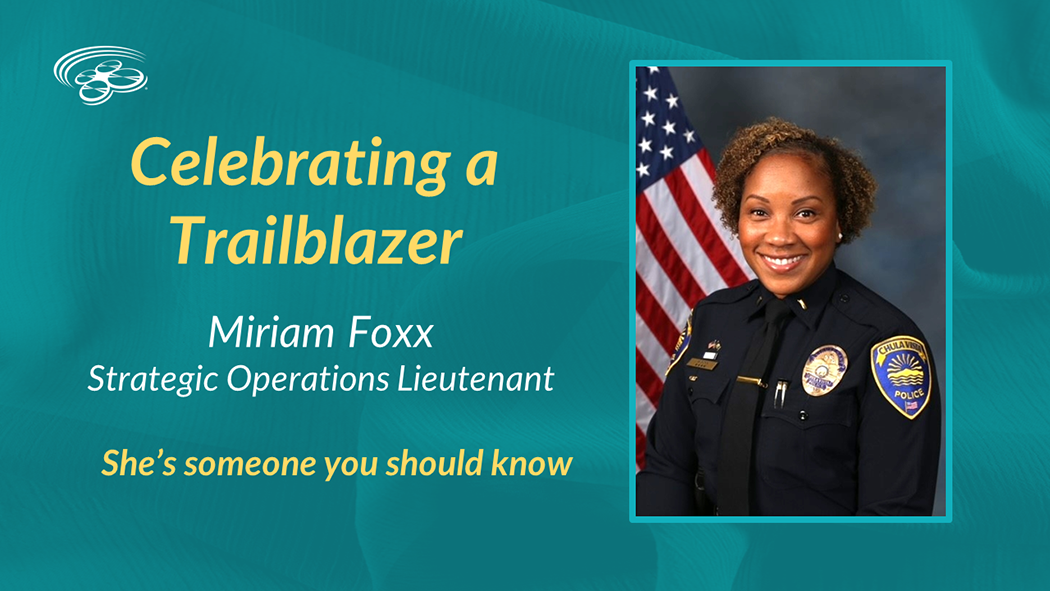 Miriam Foxx is the Strategic Operations Lieutenant overseeing long-term strategic operations and development at the Chula Vista Police Department (CVPD) in California. Additionally, she manages the CVPD UAS Program which includes the first of its kind DFR (Drone as First Responder) program.

Her collateral duties include being the Commander of the Crisis Negotiations Team and the Honor Guard Teams, and California Police Officers Association (CPOA) Region IX Chair.

Lieutenant (ret) Miriam Foxx retired from the U.S. Navy on Oct 1, 2012 after completing 22 years of service to our country.

Foxx joined the Navy in July 1990 when she went to boot camp in Orlando, Florida.  Following boot camp, she attended Signalman “A” school and subsequently was assigned to the U.S.S. McKee (AS-41) for 5 years home ported at the Submarine Base Point Loma, California.  While stationed on the USS McKee Lieutenant Foxx earned her Enlisted Surface Warfare (ESWS) qualification as a third class petty officer and later promoted to Second Class Petty Officer.

In 1995, Foxx attended the 9545 Law Enforcement training school at Lackland Air Force Base in San Antonio, Texas.  Upon completion of training she reported to the Security department at Naval Base San Diego (32nd Street).  Foxx completed a lateral conversion package and became a Master-at-Arms second class and soon after promoted to First Class Petty Officer.  Foxx remained at Naval Base San Diego for a total of three years.

Following the tragic events on September 11 2021; on September 21,  2001 Foxx was recalled to active duty and was stationed at Naval Air Facility El Centro where she completed a year of mobilization.

In 2003, She was promoted to Chief Petty Officer becoming a department heads for training and administrative departments.

Since November 1998 Foxx has been employed by the CVPD. During her tenure she has worked in the patrol division as a patrol officer and Street Team Gang Suppression Unit, in the Investigations division as a detective in the Family Protection Unit, in the Robbery/Homicide Units and a supervisor in the Property Crimes, and in the Administrations division as the supervisor of the Professional Standards Units. As a Lieutenant, she has held the positions of Patrol Watch Commander Professional Standards Unit Lieutenant, Criminal Investigations Division and Special Operations Division Lieutenant.

A few things people may not know about you:

A few fun facts about yourself:

What’s a favorite book you would like to recommend?

What advice would you give to the next generation of female leaders?

Connect with Miriam on LinkedIn