Putting Powerful Drone Technology into the Hands of Ukrainian Citizens 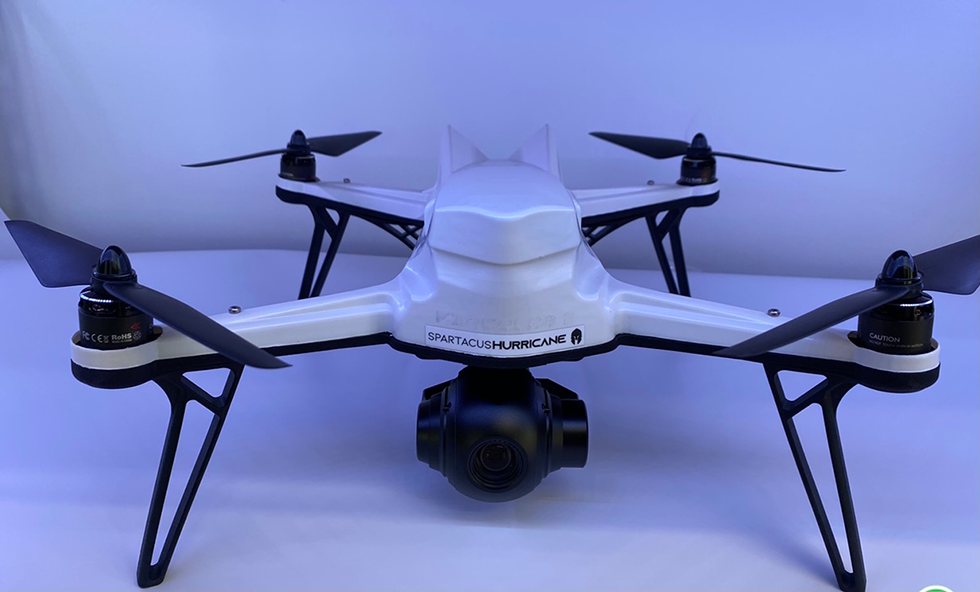 (HARTFORD, CONN) – April 14, 2022 – There is little doubt that the world is paying close attention to the deteriorating conditions in Ukraine, following the Russian invasion on February 24th, 2022. The resulting humanitarian crisis, including the growing 2.0 million refugees seeking asylum across borders, moves us to take action in some measure to help alleviate the suffering of the Ukrainian people. It is in this spirit that Aquiline Drones (AD), an American drone manufacturer and cloud technology company based in Hartford, CT, is teaming up with the local Jewish community to bring some relief to the anguish with commercial drones and pilot training for search and rescue activities, delivery of essential supplies to the vulnerable, and enhance communication among refugees and human rights volunteers. Ukraine is home to one of the world’s largest Jewish communities with a total population of 400,000 citizens, according to the World Jewish Congress. As a parallel, the United States boasts approximately 3.5 million Jewish residents, more than 118,000 of them living in Connecticut.

“Ukraine is the birthplace of some of Judaism’s most distinctive ideologies and traditions that have been adopted across the globe, directly impacting residents in our own backyard,” said Barry Alexander, Founder and Chairman of Aquiline Drones.  “Throughout history, the Jewish community has had its share of trial and tribulation, and, with the latest conflict in Europe, we now have the technology to help save lives and mitigate the suffering for both this cherished community and its neighbors in Ukraine.”

Alexander conceived the idea after presenting an educational drone technology session at the New England Hebrew Academy, an Orthodox Jewish Day School for students in early childhood through grade 12.  The school is located in West Hartford, the largest Jewish community in CT.

“As our team was discussing and demonstrating the benefits of how drone technology is used in everyday life, the conversation started moving to the current crisis in Europe,” explains Alexander.  “Drones have long been in demand by various departments responsible for civilians’ safety, so why not put their potential power directly into the hands of the Ukraine citizens?”

Celebrated Hartford entrepreneur and philanthropist, Dr. Curtis Robinson remarks, “It truly warms my heart to see the groundswell of support and resources being directed toward the Ukrainian people at this time of urgency and need.  I’m particularly pleased with the collaboration between Aquiline Drones and the Jewish community and encourage others to join the effort to help relieve suffering and save lives.”

As an initial plan, AD will donate 40 Spartacus Hurricane drones to Ukraine through the U.S. Department of the Interior.  It is calling on the greater Jewish community, as well as the business population in general to help support his mission by purchasing and donating Spartacus Hurricane and Spartacus Max commercial drones. Interested parties may visit https://shop.aquilinedrones.com/shop/ or send an email to: humanitarian@aquilinedrones.com.

Alexander notes numerous use cases for drone technology during political upheaval and disasters including:

Additionally, AD intends to dispatch drone pilot instructors to the Ukraine and Poland border to conduct on-site flight training of the drones.

Lastly, Alexander aims to rally the support of key Congressional legislators having met with  U.S. Senator Richard Blumenthal, a strong proponent of federal legislation to enhance American-based technology, which paves the way for U.S.-based drone manufacturers – like AD – to produce drone technology that helps the world.

“As tragic and wholly undesirable as it is, the crisis in Ukraine provides an interesting testbed for the appropriate application of drones,” adds Alexander.  “We have always adhered to the statement that drones are designed to enhance and save human lives. What better way to prove that point now?”

The New England Jewish Academy is a co-educational Early Childhood-12 Orthodox Jewish Day School serving Connecticut and Western Massachusetts.  Drawing from all segments of the Jewish community, the New England Jewish Academy prepares its students to think critically and creatively, to conduct themselves in accord with the highest ethical standards of our tradition and to live an engaged Jewish life in the wider world. We inspire our students to strengthen their commitment to our rich heritage and to fortify their bond with the Jewish people and Israel while recognizing their responsibility to American society and the global community. In an enriched and rigorous academic environment, we encourage exploration of Judaic and General studies through an individualized educational philosophy dedicated to developing each student’s knowledge, confidence and ability.  The school is generously supported by the Jewish Community Foundation of Greater Hartford, the Jewish Federations of Greater Hartford, Greater New Haven, and Western Massachusetts, the Harold Grinspoon Foundation, and the Pava Tuition Initiative.  Visit www.neja.org.

Aquiline Drones, a Hartford-based drone manufacturer, is donating 40 Spartacus Hurricane commercial drones to Ukraine and encouraging the Connecticut Jewish population, as well as the larger business community to help support his mission by purchasing and donating a variety of the company’s drone models.