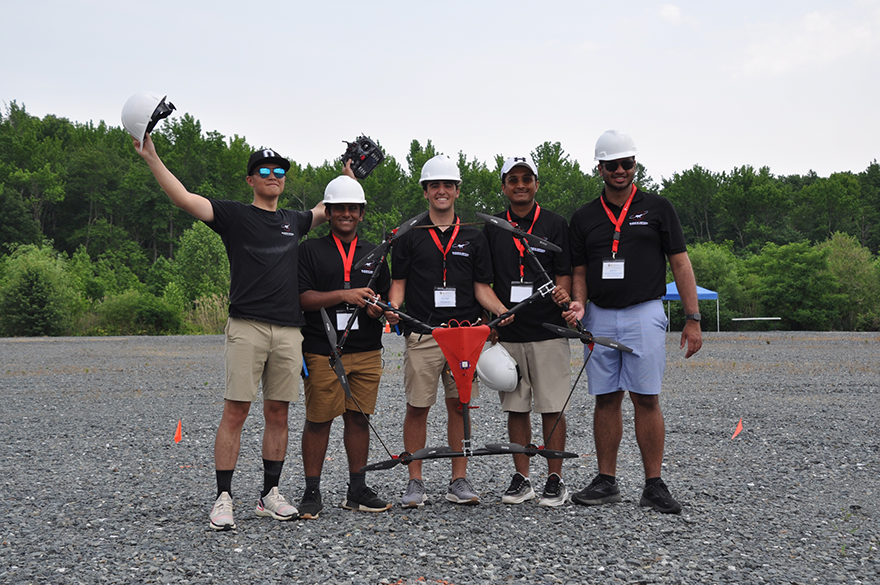 The annual remote-control, electric-powered vertical takeoff and landing (VTOL) DBVF competition seeks to encourage student interest in unmanned aircraft technology, and small air vehicle design and fabrication. The competition is designed to develop hands-on skills and familiarization with electric VTOL and advanced air mobility (AAM) technology at the university student level, helping to prepare the next generation of engineers and leaders to push the limits of this exciting technology into the future. 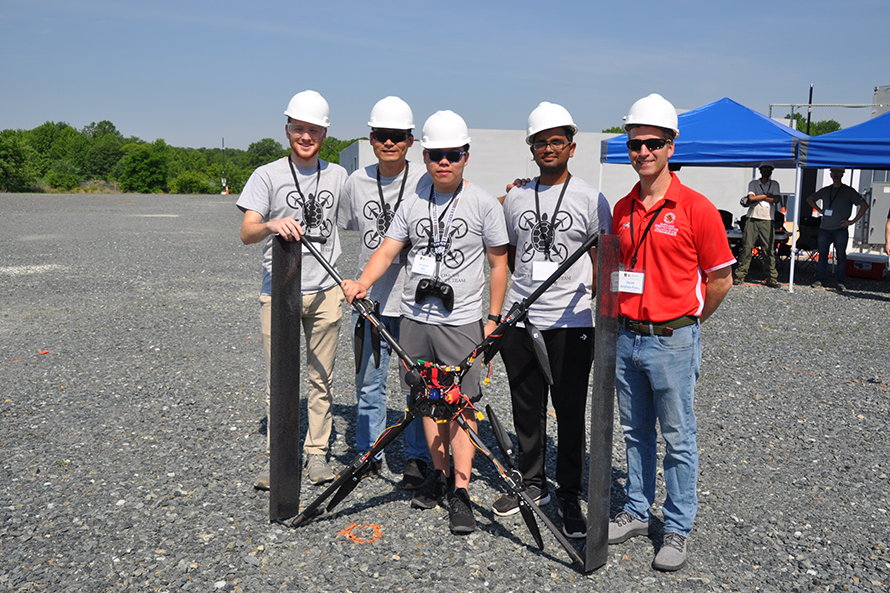 The 2021-2022 request for proposal (RFP) published in August 2021 challenged the teams to build an electric VTOL aircraft weighing no more than 15 lb (6.8 kg) and capable of carrying a payload of at least 2 lb (0.9 kg), with sufficient endurance to complete the demanding competition requirements. In addition, the aircraft had to be capable of flying manually and autonomously. The RFP and other information are available at www.vtol.org/fly.

Nine universities from across North America were selected to compete based on the strength of their proposals. Eight universities submitted Preliminary Design Reports in December, and three of those schools received cash prizes for their work, for a total of $5,000 was awarded in the competition: 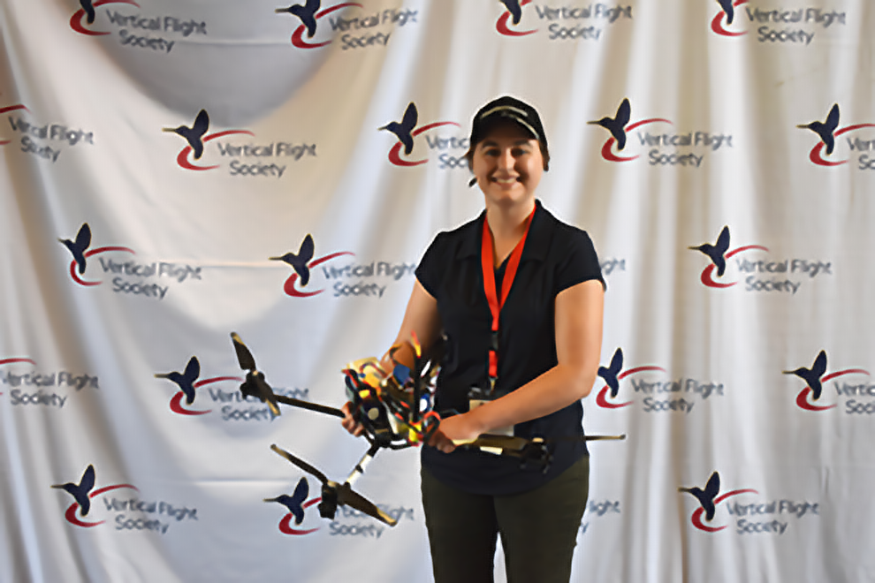 The final flight competition was held June 1-2 at the US Army’s Combat Capabilities Development Command (DEVCOM) Army Research Laboratory (ARL) Robotics Research Collaboration Campus (R2C2) near Aberdeen, Maryland. The three teams that made it to the flyoff were Ohio State, University of Maryland and Penn State. They contended with 100°F heat index, high humidity and gusting winds.

ARL signed a five-year Educational Partnership Agreement with VFS last year in order to host the event and collaborate on vertical flight education outreach initiatives. Over the past year, ARL conducted significant work in preparing for the flight competition, including working with the students on the myriad requirements to fly drones on a US government installation. The Society is very grateful for the US Army’s support of this important educational initiative, as the future technical workforce is a critical need for advanced military and civil VTOL developments. Belcamp, Maryland-based SURVICE Engineering was a Gold Sponsor and Mountain View, California-based Wisk Aero was a Bronze sponsor for the competition.

Last year’s flyoff was canceled due to COVID-19 impacts. This year’s competition was also made very difficult due to a recent Department of Defense (DoD) mandate that prevented the use of Chinese-made drone electronics. To fly at the US Army site required identifying and integrating non-standard, inferior and/or more expensive equipment in the weeks and days before the flyoff, scrubbing many teams from the ability to fly. Supply chain delays, technical and programmatic challenges, flight test accidents and COVID-19 also impacted the teams.

“Every one of the teams had to overcome formidable obstacles in this competition,” said VFS Executive Director Mike Hirschberg, “All the students learned a tremendous amount, and they taught us all even more.”

The Vertical Flight Society encourages universities from around the world to form teams and take part in this exciting and challenging competition next year. Preparations are already underway, with the flight-testing portion of the competition planned again near Aberdeen, Maryland, next spring. Details of the competition will be announced this summer.